We’ve all heard the expression: “The day the music died”.  The date was February 3, 1959.  The place was a field in Clear Lake, Iowa where a small plane carrying music greats Ritchie Valens, Buddy Holly and The Big Bopper fell out of the sky killing all aboard.  It wasn’t literally the death of music.  It wasn’t even really the end of the emerging music genre in which these three young Rock and Roll pioneers excelled.  But it sure felt that way.

Two decades later another pioneer, Ted Turner, launched the Cable News Network with a flourish that would put him atop the news broadcasting industry just like those three music pioneers taken too soon sat atop their trade.

Turner’s bold idea was to create the first all-news television network in America.  And while it got off to a shaky start, CNN together with its shorter format affiliate CNN Headline News soon became the go to place for late breaking news from their bureaus and correspondents around the world.  If there was a story to be covered or authentic breaking news to be reported you could count on CNN to deliver it to your television.  Turner’s experiment evolved into one of the most dependable sources of immediate journalistic excellence available.  If you wanted to know what was happening in the U.S. or abroad all you needed to do was turn to CNN or its Headline News cohort.

And because imitation is the highest form of flattery, MSNBC came along in 1996 to emulate the Turner model with another 24/7 new cable news channel.  And it too was a respectable source of information both domestic and foreign.  Early anchors like Jodi Applegate, John Gibson and John Siegenthaler brought the nation and the world right into our homes with their world-wide cadre of reporters, photo journalists and producers. 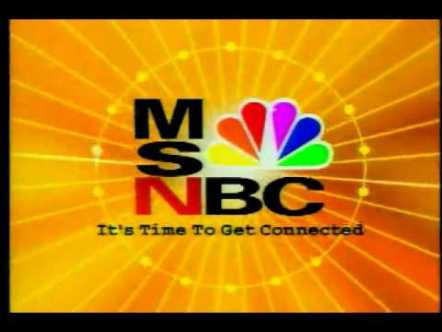 Even through the sordid stained blue dress event that ultimately led to impeachment proceedings against Bill Clinton, CNN and MSNBC continued to cover the nation’s and the world’s most important news stories.  In fact from the time they first launched you could always depend on these cable news networks to keep many journalistic balls in the air and juggle a multitude of stories simultaneously.  Cable news was the place to turn for the latest information about:

Unlike the tragic crash in Clear Lake, Iowa that killed three American music celebrities it’s hard to point to a specific date or event when cable news died.  Oh, I know, it didn’t really die any more than the music died in in 1959.  But it has certainly felt that way.

When did cable news devote virtually its entire broadcast day to the repetitious coverage of politics and the sordid and unseemly events that inevitably grow and multiply like germs in the petri dish of modern American politics?  When did reporters with superb journalistic credentials become talking heads repeating the same narrow story lines over and over again from dawn till dusk and beyond?  Where have assignment editors gone who would have previously ensured that important events would be covered in depth?  When did cable news feel compelled to take the path of false equivalency by having surrogates and spokespersons delivering predictable talking points and over talking their counterpart from the other side? When did Americans thirsty for information about what’s happening in far flung corners of the world feel the need to turn to foreign news sources like the BBC, DW News, Sky News and others?

Death and famine are rampant in the world.  Natural disasters are wreaking havoc and changing lives and landscapes.  Conflicts are raging in more than 20 nations taking thousands of lives but many of those war zones are never discussed on cable news.

News does not always take the form of death, destruction and tragedy.  There are events and happenings going on around the globe that should be celebrated and which will positively change the quality of life for the citizens of the world.  Yet they largely go uncovered by American cable news channels that give us almost nonstop politics.

CNN and MSNBC have drastically reduced their resources for news gathering and reporting.  They have taken what were previously respectable all news channels and turned them into a news version of so many sporting events where the attraction is less about the sport than it is about the carnage caused between competitors.

The music didn’t actually die in that 1959 plane crash.  And the news didn’t really die on a date of less certainty.  But it sure feels that way.