In October 2015 Pope Frances made his first official visit to the United States as the 266th Pope of the Catholic Church.  Shortly after his departure I published the following commentary about the Pontiff’s visit in which I wrote about his modest charisma and the lessons he taught about the true meaning of servant leadership.

I have thought a lot about this article over the last year as I have watched the human train wreck that is the Trump presidency.  Yesterday’s comments by Donald Trump in which he used vile and racist language to once again show his hate and disdain for black and brown people in the U.S. and throughout the world should be a tipping point for this wholly unfit occupant of the Oval Office.  But it can only serve as a tipping point if we see unprecedented courage from leaders in government, industry, clergy, and the nonprofit sectors who are willing to speak truth to power and condemn with a united voice Trump’s indefensible actions, comments and attitudes.

I could write volumes about what is wrong with a society that would elect a Donald Trump as its President with the full knowledge of his history of misogyny, xenophobia, and racial animus.  Rather than one more commentary on what most enlightened people know to be the problem I thought it would be helpful to offer a possible solution.  And the best way for me to do that is to re-publish my October 2015 commentary about the meaning of and the need for courageous servant leaders to step up and help re-direct the moral compass of the nation.

(The following commentary was first published on October 21, 2015)

The security barriers have long been taken down, the Vatican flags and banners have been folded and stored, and the Popemobile and Papal Fiat are garaged waiting to be sold or auctioned to benefit the poor. Pope Francis may be back in Rome, but the lessons he imparted during his first U.S. visit continue to inform and inspire not only the Catholic faithful, but all who had the opportunity to hear and see him. 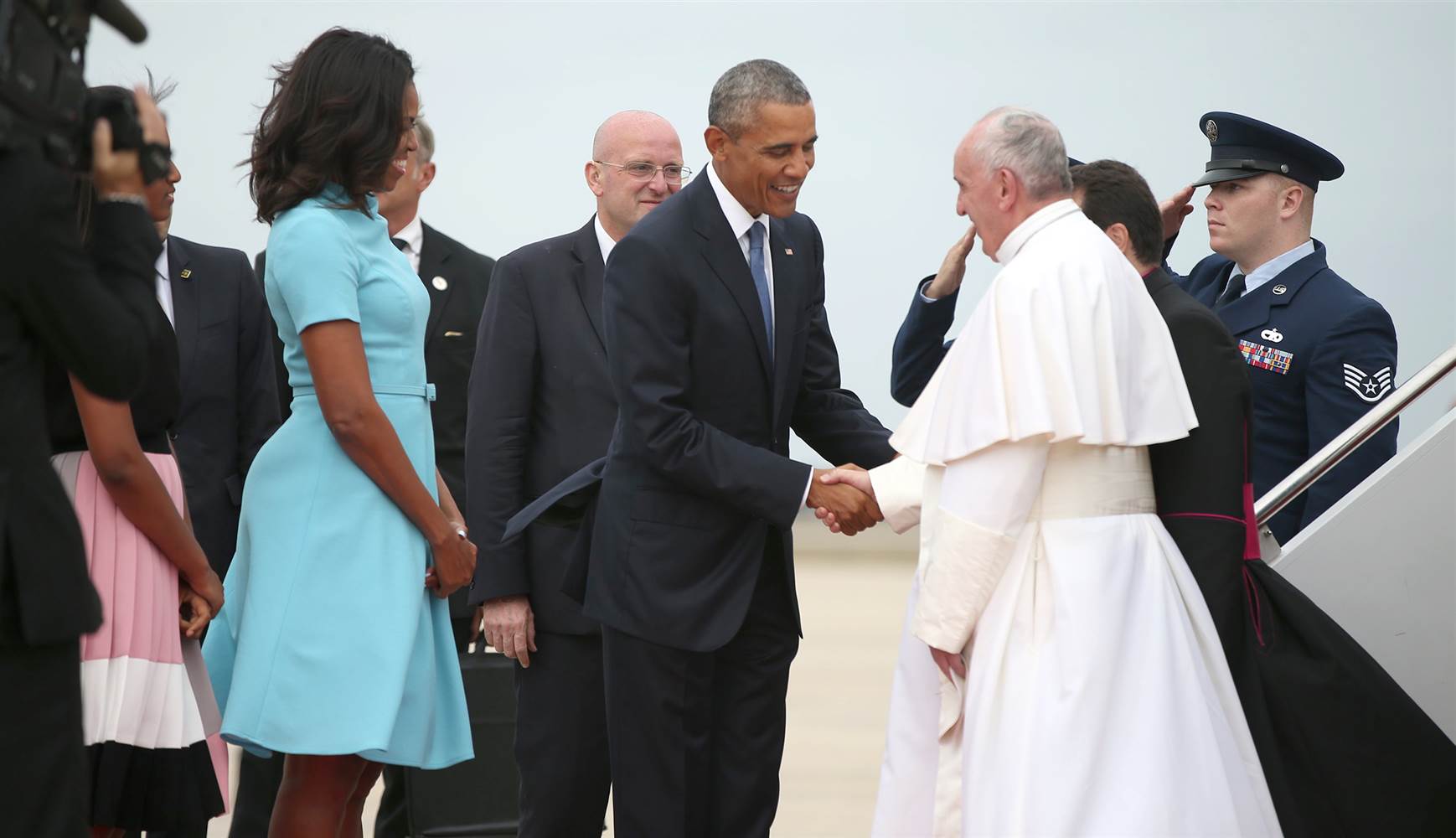 So what exactly did the pope teach that was neither religious, spiritual, moral nor ethical (which is, after all, what we expect to hear from the head of the Roman Catholic Church)? Simply put, the pontiff taught us through his words and deeds the important lesson of servant leadership. Every organization and institution has a titular or nominal leader, but too few are led by authentic servant leaders as exemplified in the way we got to know Francis in Washington, New York and Philadelphia.

In his book, “The Culture Engine,” organizational consultant S. Chris Edmonds defines servant leadership as “a person’s dedication to helping others be their best selves at home, work and in their community.”

Edmonds says that all servant leaders share two fundamental beliefs about the people they lead, and engage in five practices that put these beliefs into action. He describes servant leaders as those who believe that:

Jeffrey Krames, a Jewish American business author and son of Holocaust survivors, in his book “Lead with Humility: 12 Leadership Lessons from Pope Francis,” offers a practical guide for how any leader can take these same principles to become an authentic and humble leader. Krames sums up the four characteristics that he believes make Pope Francis a model of servant leadership:

Those who shoulder the important responsibility for selecting and evaluating leaders of communal organizations would do well to measure current or future staff and volunteer leaders to determine if they embody the characteristics and practices of a true servant leader. At the end of the day, it will be genuine servant leaders who do more than lead their organization. Instead, they will contribute to leading an entire community to change for the sake of shared greatness and the common good.

What we saw from Pope Francis during his U.S. visit was the very best example of a quiet, authentic and humble servant leader who offered lessons worthy for us all to follow.

I fervently hope that the time may have come when we hear those who are devoted to America’s values that enough is enough.  A time when people of good will and good faith can set aside their self-interest and political agendas to begin to talk more about what’s right and less about who’s right.

Monday is the annual commemoration of the life of the reverend Dr. Martin Luther King, Jr.  It is fitting that we remind ourselves of the words of 19th century clergyman Theodore Parker which were often spoken by Dr. King:  ‘the arc of the moral universe is long, but it bends toward justice.’”

But that arc does not bend by itself.  It only bends toward justice guided by the moral compass of courageous servant leaders and not by those who believe that America’s best days are behind her.